The work follows a vast amount of information, it’s transformation over
time and it’s streaming through the global landscape. Addressing issues such as the power of distribution, the visualization of information and the problematic storytelling of science. The focal point of the researched documents; is the oceanographer Curtis Ebbesmeyer. Ebbesmeyer, an american who has studied accidental cargo-spillage across the pacific ocean since the early 90-ties, has tracked a variety of floating debris, from Nike sneakers to bathtub toys that have been floating around the world’s oceans in the thousands.

I pursue this project in a metaphorically fashion that juxtaposes Ebbesmeyers research of floating objects with the mediated floating subjects of it’s world wide media coverage.

Just as Ebbesmeyer follows the paths of floating objects across oceans, I follow the media representations of his work, looking for patterns in language, geography and time. The work entails a structure, in which subjects flows much like the floating objects, creating waves of varying sizes with similar texts, which reoccur and peaks at different times.

The latest installment within this work was performed as a lecture at Valand Academy, University of Gothenburg on the 3rd of December 2012.

The lecture revolved around the news stories that anticipated the arrival of a large amount of debris on the North American West Coast, caused by the tsunami that struck Japan in 2011. The lecture also reflects upon the way in which I work with this piece (and others) and how my research is pursued and therefore how the work itself is structured.

The readings of the source material has generated several strings, chapters or perhaps I could call them sequences. A selection of these were performed at Slakthusateljéerna in Stockholm. The performance was based on my collection of media until the date of the event.

Documentation of performance
Recorded at Slakthusateljéerna in Stockholm,
2011-10-19, 40min 29sec. 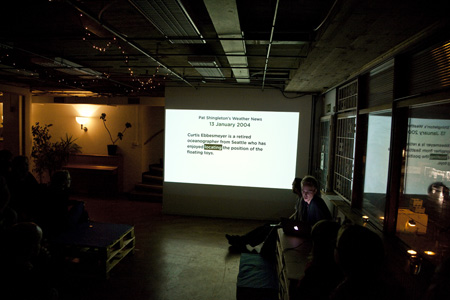 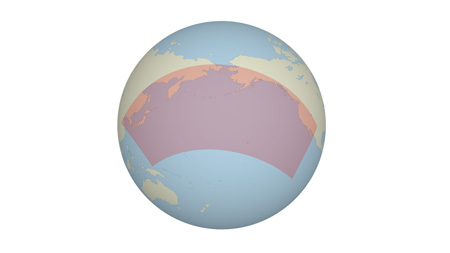 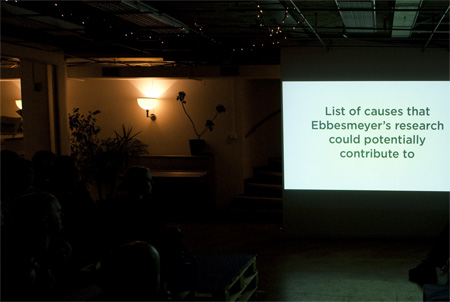 Floating Subjects – An introduction to a pattern of movements

A contribution to the anthology The Swedish Dance History,
published by INPEX.

My contribution to the publication consists of a timeline and the collection of media instances that the project had accumulated so far. Listed in chronological order and with the headlines featured, the media examples create a dense yet fully readable unpredictable sequence of events.

Read more about the Swedish Dance History and download a pdf of the publication here (my contribution starts on page nr. 521)